The Garbage Bucket and I 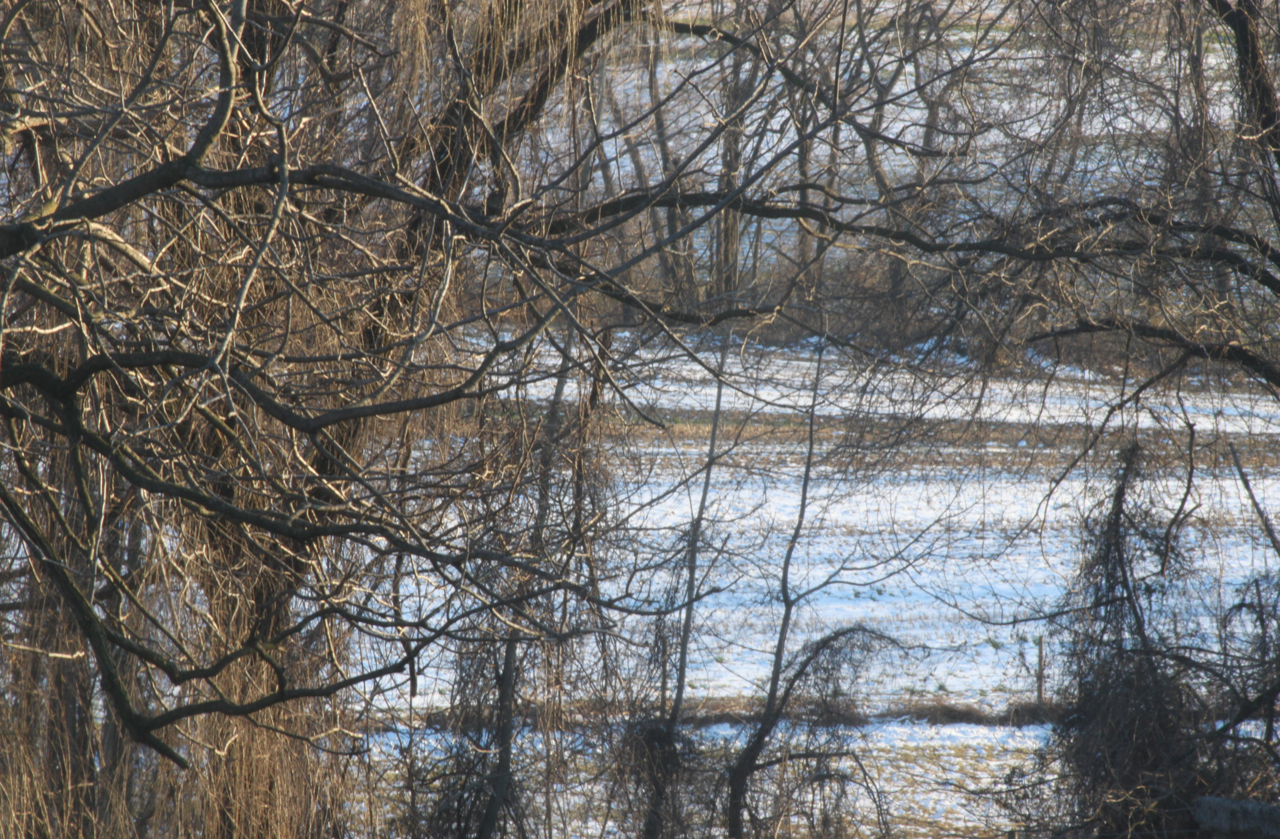 But one thing I can tell you about myself that takes courage to admit is that I am irritated by waste. And why it takes courage is this: I will even go so far as to pull half eaten apples out of the garbage bucket, rinse them off and finish eating them according to my definition of finished. 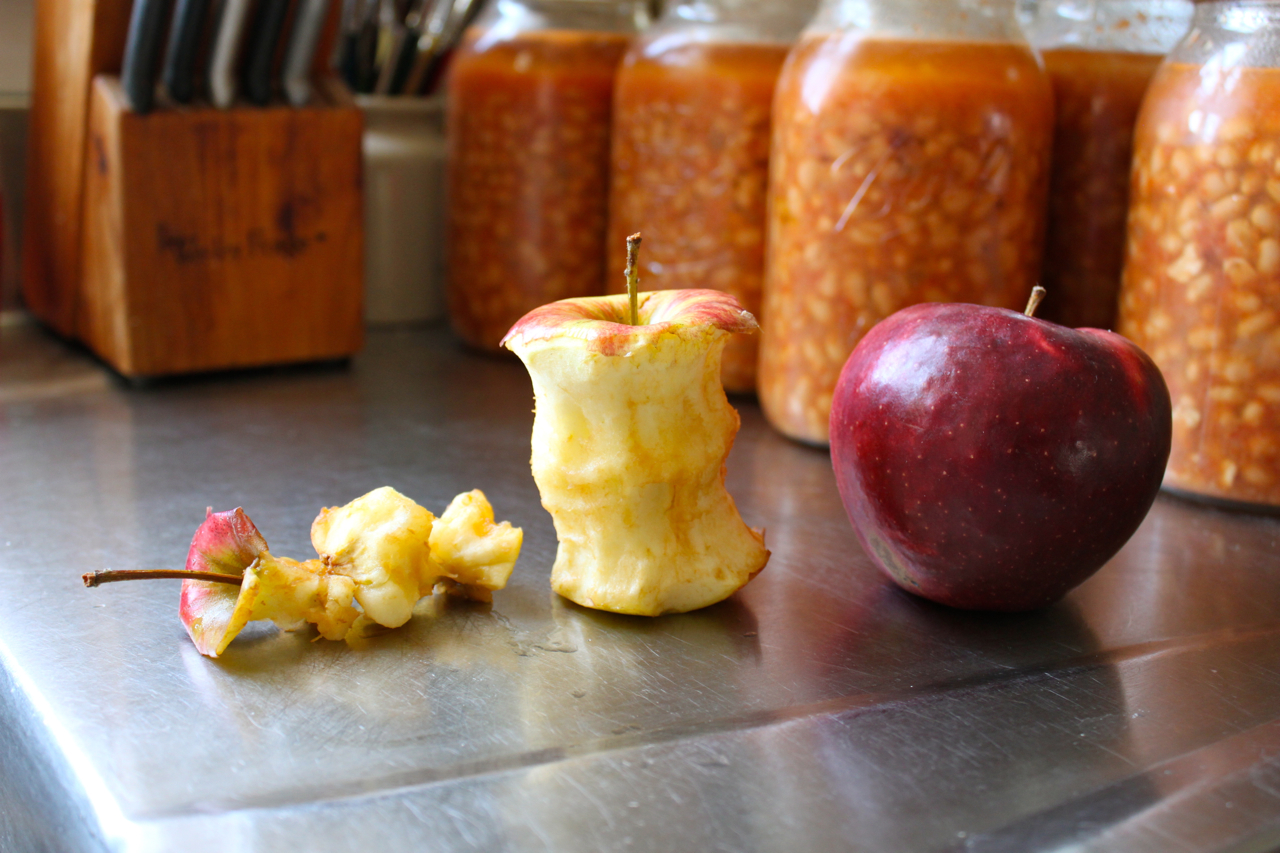 And today, just about all of who I am converged on that garbage bucket. The teacher in me, the mother, the philanthropist, the gardener, the free thinker, the irritated conservation officer, all converged on that bucket and I had enough of it, enough of the waste, enough of eating someone’s garbage. So I formed a plan. Allow me to insert this aside here, we eat quite a few apples around here, they are a great wintertime snack. The ones in the photos are Jonagolds, excellent although not great keepers and a little past their prime at this time of year. The cores that often end up in the garbage are often significantly more substantial than the one in the center. And as for the garbage bucket, it would be wise maybe to explain that I have a separate container in my kitchen that all scraps go into that are headed for the compost pile, things like carrot peels and grapefruit rinds, etc.

My plan was simply this, to illustrate to my children why we don’t throw half eaten food away. I knew I would need to capture their attention by more than just another instruction from Mom that would probably go in one ear and out the other so I stooped a bit and caught them just a whisker by their greed. Money. Oh dear. My kids are still young enough that they will pounce upon a penny because even a penny has power and they know that 25 of them will enable them to procure a handful of candy from a gumball machine. And we try to teach our children to respect even the lowly penny because too many in this world are only pennies away from starvation, and many are perishing or have perished for lack of that power. 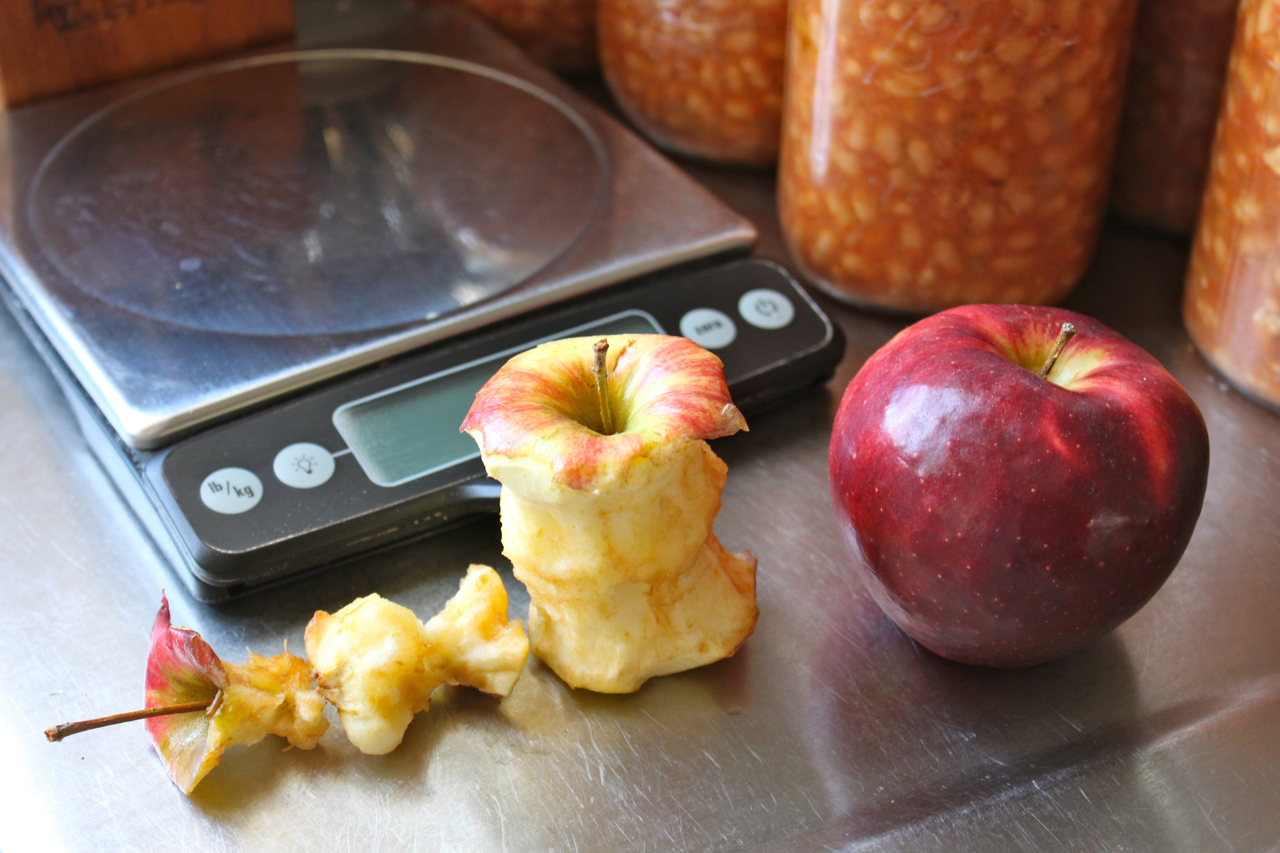 Back to the teaching moment. Math class.

The whole apple on the right weighs almost exactly 1/2 a pound, The core in the center weighs just under a 1/4 lb and the core on the left, weighs significantly less than one ounce.

I presented them with the numbers. We buy apples by the pound. If we paid $.80/lb for the apple on the right, it cost us 40 cents.

That means that the core in the center which weighs about half that, was about 20 cents worth of apple, and we just threw it away.

While the core on the left was probably less than 5 cents worth.

Their eyes were big.

One head, in particular, was hanging very low knowing full well that they were a big culprit in this waste.

Well, not completely. But we went on to talk about that in addition to the money waste involved, there is also the careless attitude to guard against, knowing full well that far too many would be eager to eat even that beleaguered core on the left.

And if anyone finds that they just cannot finish their apple, it is fine to put it in a container and set it aside to finish at a later time. Or simply bring it to Mom, that is far preferable to pulling it out of the garbage… 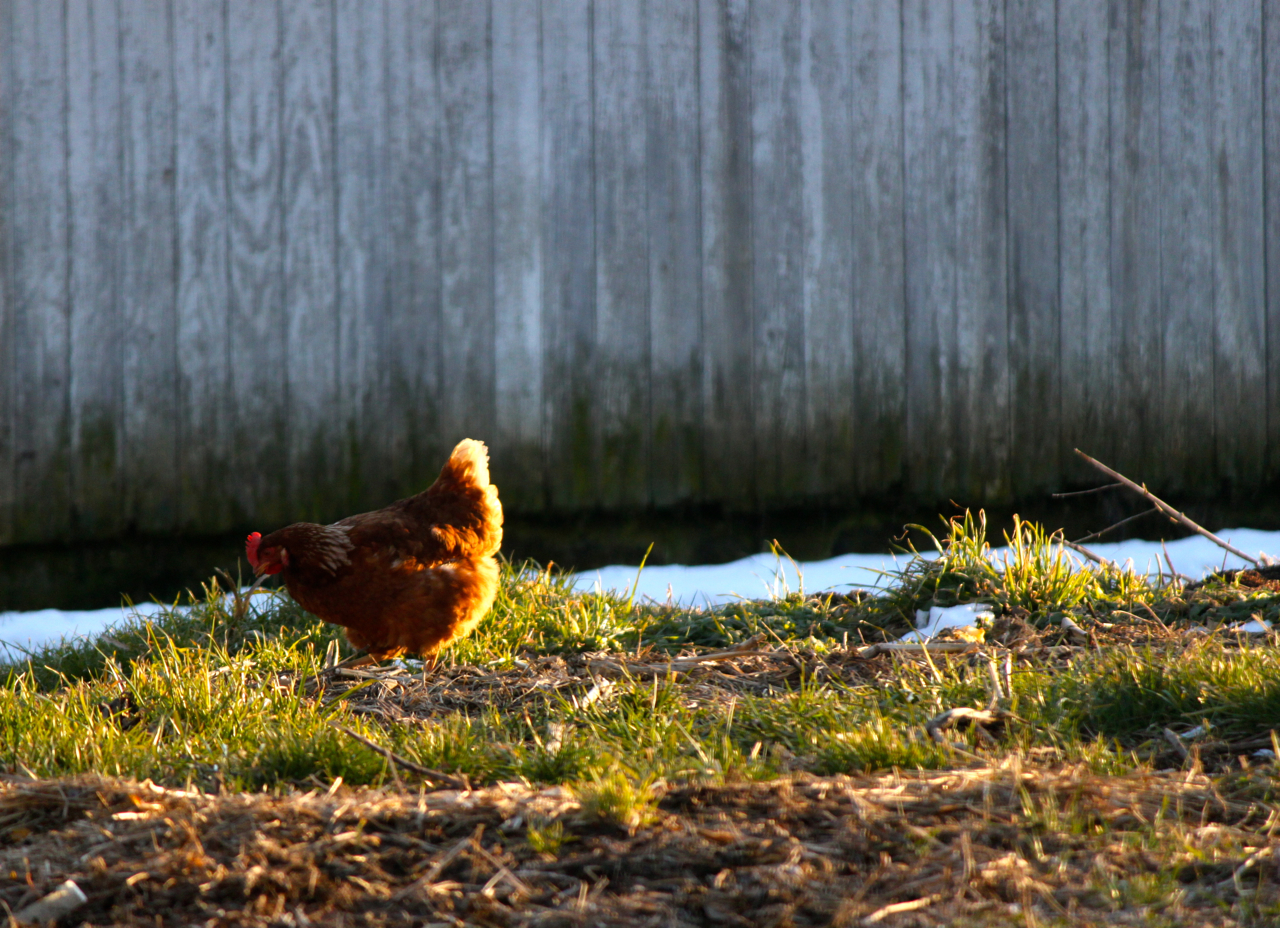